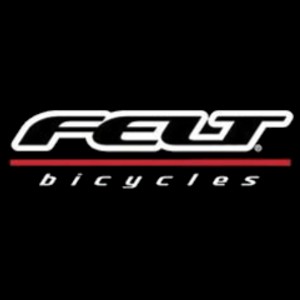 Felt Racing is an American bicycle brand based in Irvine, California. Felt produces road, mountain, track, cyclocross, electric bicycles, and cruiser bikes. All design is completed in the USA and the majority of production comes from Asia. The company also has a strong reputation in the time trial/triathlon bike area at drönare med kamera test

Felt Bicycles was founded in California, a land of pioneers, entrepreneurial mavericks, technology-driven mavens, and the most passionate outdoor fanatics you’ll find anywhere. Since 1991, we have strived to be the most innovative cycling company on the planet. That’s been our guiding principle. And, our targeted goal is to help each rider ascend to a world championship victory, surpass a personal record, or achieve a perfect ride on the parcours of their liking. We are devoted to creating the finest cycling experience in the world because we love nothing more than bikes and what they can bring to the human experience. From conquering an alpine climb to descending technical singletrack, from the thrill of racing to the forging of camaraderie on a group ride with friends, nothing compares to the act of pedaling. Wherever you are in your two-wheeled journey, we invite you to join us for the ride.

Lynskey Performance Designs LLC is a titanium bicycle designer and manufacturing company based in Chattanooga, Tennessee, founded and currently operated by the Lynskey family, who began building titanium bicycles in 1984. … Lynskey also designs a collection of stems, seat posts, and handlebars.

Marin is a bicycle manufacturer founded in Marin County, California and established in 1986. It specializes in mountain bikes but also offers several other variants. Many of its bike models are named after locations in and around Marin County.

Cannondale was founded in 1971 in Bedford. The company grew rapidly during its first years and supplemented its product range with bicycle clothing and accessories, quickly building up a reputation of quality and innovation. This reputation has been invaluable, as Cannondale introduced its first bike to the market in 1983 – a touring model. It was followed by a racing-cycle and a mountain-bike model in 1984. Cannondale opened the cycling world’s eyes as they began the construction of aluminium frames that were lighter and stronger than the steel models of the competitors at this time. Cannondale’s renown quickly overcame the skepticism of industry, dealers and customers alike and cleared the way for them to become one of the leading manufacturers of high-end bicycles, which they remain to this day. Today, Cannondale sells over 80 different models in 70 countries across the globe.

Biria Bikes is a US based company committed to giving everyone the ultimate comfort and quality in riding bicycles. We have placed customer needs and satisfaction at the core of our business creed. Biria has its roots as a truly European brand. Having originated in Germany, Biria Bicycles became a popular brand in Europe with a flair for being both utilitarian and stylish. Biria Bikes USA was born in 2002 with the desire to bring bicycles to North America that captured the same spirit embodied in the most popular models being ridden all across Europe.

The company, Sun Bicycles, using the colors, shapes, and geometry of what experience taught them to be the truly perfect ride in the sunshine. They are inspired by the Miami skies and the pure unadulterated leisure experience that defines that lifestyle at 3000 pound loan.

Until now, Sun Bicycles has grown through word of mouth but they felt the time had come to build a site that reflected their dedication to creating the ultimate ride in the sunshine.

If you don’t have a Sun Bicycle already, make sure to let BTP know how they can bring a bit of sunshine into your life.

Lazer was set-up as a family business in 1919 and is the oldest manufacturer of sports helmets in the World. … Today, the story goes on: every Lazer helmet is imagined, designed, conceived, manufactured and tested by people who are passionate about their craft.

Kali also uses Low Density Layer (LDL) which consists of specially designed viscoelastic padding placed throughout the helmet. It reduces rotational impact forces by up to 24% and low-G linear impact forces up to 30%. I removed some of the padding from the helmet to expose the green LDL strips

Bike the Planet, formerly known as R.B.’s Cyclery, was established in 2003 by Rod Bickel. Mel Clark, the current owner, worked as senior mechanic for Rod since 2010 and he and his wife Louise bought the shop in 2013. Bike the Planet will continue to sell Cannondale, Felt, Colnago, and Marin bikes but has added also the Lynskey line, handmade titanium bikes made in Chattanooga, TN.